Nearly 2 weeks after Hurricane Michael ravaged the Florida Panhandle after making landfall in between the coastal communities of Panama City and Mexico City, many of the small an not well known communities farther inland are feeling stuck  because they cant leave there house due to either being blocked in  by falling trees; either in there drive way, or on there vehicle or in there home. Many also are afraid to leave what may be left of there homes & belongings, for fear of looters.

Although a lot of the main power grid to businesses, schools and government buildings that are habitable are coming back online. The same can not be said for the thousands of homes that have suffered catastrophic damage and are still uninhabitable due to major repairs that are needed. Many of these homes are in rural areas that are hard to get to because of all the trees that  are down.

Many of  residents in these areas haven’t taken showers or been able to wash clothes in more than 2 weeks, due the need of running water, and most of these people live on property that either have well’s that need electricity to run or are on county water, but the damage to there homes is so great they either have no electric or no water.

Many folks have commented on our social media account expressing the dire need for porta potties and mobile shower stations needed to be placed inside of these heavily devastated areas and neighborhoods. These areas include, Washington, Bay, Calhoun, Liberty, Gulf and Jackson Counties, as well as the following areas; Bayou George, Youngstown, Blountstown, Fountain, Marianna , Wewahitchka, Altha, Alford, Callaway, Mexico Beach, Lynn Haven, and Springfield. All of these areas have a dire need for neighborhood porta potties and mobile showers stations. 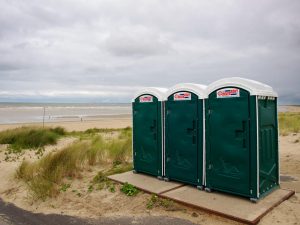 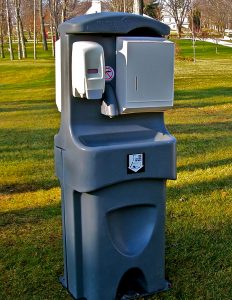 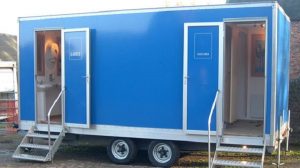 Porta potties, mobile shower and hand washing stations  are the number ones necessities  mentioned that are desperately needed with the  Rider’s dealing with the aftermath of Hurricane Michael. 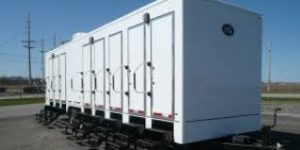 Most if not all of these Rider’s have also lost all of there everyday basic living items  from the sheer Wind Power of Hurricane Michael, that with the winter approaching a lot of these Rider’s could face weather conditions that could become a matter of life and death if a freeze comes in the forecast anytime soon in the Panhandle Region.

Several of our followers reached out on Social Media, to share with us what there immediate needs were, now nearly 2 weeks after Hurricane Michael made an historical landfall in the Panhandle and flattened all in its path up through the Florida-Georgia, Alabama State Lines.

Riders Of The Storm Recovery Resources

“Thank you all for the blessings you are giving people mostly for compassion for others. We thanks you.”
Kristi from Bonifay writes:
“Tarps! In Holmes Washington and Jackson counties FEMA had some but not anymore and there are lots of people that still have trees on their roofs and roof damage, and can’t get anything to cover it with.”

“Some have commented having gift cards, for gas, food.”

“Diapers, wipes, water, ice, gas and gas cans. So many people are still without power and are using generators. “

Glenn in Mexico Beach writes;
“We need porta potties in neighborhoods! We have 1 but it needs cleaned. Also broken,we commandeered it out of the woods. Not just at pickup sites.”

” We would appreciate anything, as the need is great. Paper towels,toilet paper, cleaning items. Ice,water,gas. The list could go on and on. Please know that all help is deeply appreciated and you will be in our prayers.”

” So many people can’t get out. We have driven around some but most people are needing what we need as well. Ice, tea lights, batteries, water for flushing toilets, diapers, wipes, baby formula, tarps, garbage bags, borrow a charged phone. Many have no way of communicating because their devices are dead.

And lots of prayer.”
Nancy from Mexico Beach:

Marianna, i asked today no one  had any. Im so thankful for ever thing i have received .Every one has been so helpful.And kind .I feel so very blessed..I might look like im walking around in a daze.I sure do thank God i am walking..

Anyone wishing to provide any assistance to these devastated areas are encouraged to reach out and message  the Rider’s Of The Storm Recovery Resources Page or post a visitors Post; to let us and the storm survivors know of the help you can provide.

If you are a company looking to provide porta potties, hand washing stations and mobile shower trailers, you are encouraged to also reach out and message the Riders Of The Storm Recovery Resources Page.